The S.M.F in Borovets and 10th Olympus Marathon

The S.M.F in Borovets and 10th Olympus Marathon

. Ioannou running in the colors of SMF TEAM captured in qualifying Saturday the 2nd fastest time in the open category and the final Sunday 5th place

Simultaneously participated in the anniversary 10o Olympus marathon with projection booth, banner, and information on promotional materials for the organization in 2014 and the fall sfendami adventure experience. For the record after five years returned to winning Greek athlete Dimitri Theodorakakis of Salomon in a race from start to finish was dominated Dimitris, by following the holds the course record Spanish Jessed Hernandez and the 3rd Jancek Bokoc team athletes kassimis training. Zhanna Vokueva The Russian athlete salomon was the winner in women.

. The coming months and throughout the summer the organization will continue to display in the Balkans, not only in the presence, viewing and sending athletes

. Began preparations for the autumn event sfendami adventure experience 28-29 September including in two days outside the night trail and enduro race the eliminator race. Details of the weekend in the notice on the website of the organization www.sfendami.gr 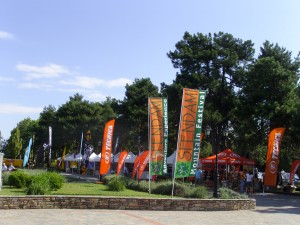 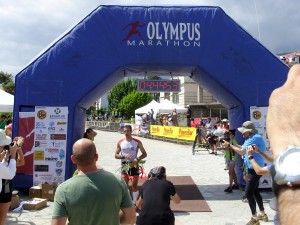